Reading reviews as an author, I always find super interesting, sometimes I laugh, sometimes I sigh, some times I get giddy with joy over someones delight in my book.

But authors often hold facts that the readers never get to know, so to dissolve some of mystery I'll give you some little insights into Annabeth's War.

The original title was: By The Sword, and there was a little line that went like this before the title page.


A girl fleeing with a price on her head, fighting for her father’s life.
A swordsman who has given up his faith,
A man whose life was changed on the battle field,
A King away at war.
And a master of dark deeds.

Battles ensue.
All must live – or die...


It took me nearly 3 weeks to write Annabeth's War.

When I originally envisioned Ransom, he actually worked for Lord Raburn, and had a change of heart and ended up saving Annabeth....it's a really long story. There was much character and author debate.

It wasn't until I started writing, that Prince Alf popped up, and Lady Christina kind of just walked in on all of us, and her name was originally Samantha.

Eliot wasn't part of the plan, then he showed up, he might actually be in the Histories of Chambria (which name you'll know from Captive of Raven Castle)

Song Lark told me nothing about himself. I've asked him a million times and he seems to have a million stories that he wouldn't tell, however I might have an idea about him. He got a little talkative after Annabeth's War was published. If he could pick someone to play him it would be Alexander Rybak.

Annabeth became her name because I couldn't choose between Ann and Elizabeth, and as I was musing one day it occurred to me to smash them together and...thus Annabeth.

If you have any other questions for me or my books. Let me know!

Email ThisBlogThis!Share to TwitterShare to FacebookShare to Pinterest
Heeeeeellloooo Blogesphere!!!!!

Please allow me to introduce you to Christi Ella Ryder. I met this girl...oh, a few years ago at Colonial Williamsburg, our families had seen eachother around Williamsburg at various events and at the end of the day ended up "meeting" which led to hours of talking--an email exchange, a few scattered phone calls and...a life long friendship. I've flown to her house, her family has driven up to mine, it's all great!

However not only do you get to meet my awesome friend...she is announcing that she is entering the writing world after me pestering her for years that you should. I am bouncing up and down with excitment that Christi is finally pursuing publishing one of her novels!

So without futher ado please give a round of applause for Miss Christi!!!!

First, please tell us a little about yourself.

​I always hate this part!  Well, I am a highshool homeschool graduate, and oldest daughter of many siblings.  I'm an introvert who enjoys thinking, crafting, reading, writing, animals, and photography!    ​

How long have you been writing?

​I started writing about twelve years ago, but I only got serious about it after meeting the Amazing Miss Jessica and reading some of her epic stories.  :) ​

What inspired you to start?

​I have always loved reading, and creating such stories has intrigued me from a young age.  Over the years I've met a lot of really amazing unpublished and published authors who have helped encourage me ​to develop a style of my own and improve my story telling skills.

What is your favorite genre to read and write?

​My favorite genre to read is definitely historical fictional romance, but I prefer writing modern romance.  One day I may tackle a historical romance of my own.  ​

Do you listen to music while you write?

​Depends.  If all is quiet, I prefer to write in the silence.  But if the family is around, then I use music to drown out the distractions.  ​

Your greatest influences as a writer?

​I think life in general, and also the inability to find books in the genres I liked that were appropriate for me as a tween (and beyond).    ​

Hobbies outside of writing?

​Haha, you name it and I've probably given it a try and one time or the other.  Among my favorites are drawing, singing, photography, reading, family, games, anything that makes me smarter (fun facts, trivia games, informational videos/books, intellectual discussions, ​etc).

​No!  You did NOT just ask that... ​Okay, there will be a list of them, though.
​Historical: Love Comes Softly, Dr. Quinn, Legacy, Christy, the Paradise, and Larkrise to Candleford
Action/crime/spy-thrillers: Numb3rs, Leverage, Burn Notice, The Glades, White Collar, City Hunter, and Magnum PI.

Thanks so much for joining this interview you can find her on her blog Christi Ella Ryder
So go on over and follow her for future awesomeness and exciting things!

​Thank you so much for having me, Jessica!  ​

It was a DELIGHT to have you! 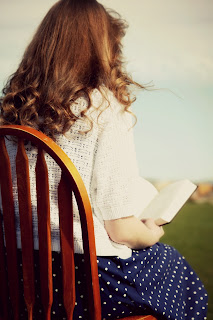 Christi Ella Ryder lives in the country with her dogs and her books.  She's a jack of all trades, picking up many new hobbies, learning everything she can and storing the knowledge away for future dates.  Although she loves to travel, she spends a lot of her time at home, homeschooling her younger siblings, learning homemaking skills from her mother, and entertaining herself with reading, writing, sewing, photography, and watching movies.
at September 02, 2015 No comments: