Today, I am delighted to introduce to you Kendra Ardnek, of Knitted by God’s Plan a wonderful and prolific authoress who specializes in fairy-tales and knitting! Whimsical and creative, I know that you will love her books!!! Kendra is certainly one of those authors I wish I had more time to get to know…she seems like so much fun. 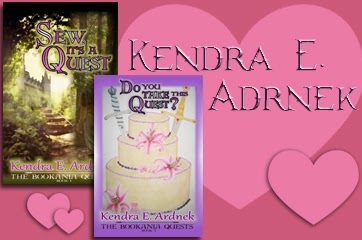 Here is her DELIGHTFUL interview!

What do you love about writing?
I love the way that my keyboard sounds when I pound the keys at ninety miles an hour. I love the scratch of my pencil or the smell of my ink when I write by hand. I love watching my cloud of thoughts weave themselves into a working story. I love seeing those words all bound up in a book. I love hearing from my readers how much they love my stories.
Who is your favorite book couple ever?
I’ve read so many books … and there are so many great couples to choose from … oh …
Does Christ and the Church count? It’s in the Bible, you can’t say that the Bible isn’t a book. It’s just such a beautiful story – I mean, he died for her, before she knew him (before she was born, really), and then rose again – and the ending! What a climax!
What is your favorite “first meeting” between a story couple?
Ohh … again, I’ve read so many books … I think I’ll go with Taran and Eieionwy (okay, so that’s not her name, but I’m too tired to look it up). It was just completely unexpected – he was despairing in the depths of a dungeon, and then out of nowhere, she was there, helped him escape and he was just … uh … what just happened?
What couple did you ship, only to be disappointed?
Ask Miss Jack Lewis Baillot about this one. Yes, I’m glaring at a cliff hanger at the end of Abolished Impracticality. No, I can’t name names, plot spoilers, you know.
What couple ended up together, but you wish they hadn’t?

While I loved Champion in the Darkness by Tyrean Martinson, I was very disappointed in the small side of romance slid in. It felt completely unnecessary, especially considering the fact that she apparently subscribes to the “kill the love interest” mentality. No, I’m not naming names here, either.
What confession/ proposal or wedding touched your heart?

I’m not one for proposals that touch the heart – I’m more for the completely unexpected one in the middle of an intense battle scene (I’ve read one, and it was brilliant). Wait, no, I do have one that tugged my heartstrings and made me cry – Ella Enchanted. It was so sad because even though they love each other and are perfect for each other and all that, her “gift/curse” of obedience would have endangered him as prince and eventually king, so she had to say no, but then *****Spoilers, spoilers, spoilers …****** I don’t know how many times I’ve read that scene. I own the book now … I think I’ll go read it again …
On a different kind of love, what is your favorite bro-mance or sisterhood in a novel?

Wilbur and Charlotte in Charlotte’s Web. Such a beautiful story. I adored the old cartoon as a child, and I love the book, too.
What book really illustrates the love of God for us in a way that caught your attention?
At risk of sounding cliché and all that, I’m going to go with The Lion, The Witch, and the Wardrobe. While the scene where Aslan sacrificed himself for Edmund was one reason that it took me so long to finally read the book (I had heard a radio show where they were talking about it, and it scared me – I was only eight or so at the time), once my Mom sat me down with the old BBC movies and I actually found out how it was done, I’ve loved it ever since. It was so simple, and yet profound.
What is your favorite form of love to write into your own books?
While writing the romantic sort is fun and I usually include at least one in each of my books, what I find myself focusing the most on is family love, predominately on siblings (usually twins).
Do you have a favorite couple of those you’ve written? Why?
Uhhh … Oh, I have about four couples, who vie for the position of first place (and about ten that tie for second). Clara and Andrew, from Water Princess, Fire Prince, which I’m hoping to have out in about two years, have probably held the position for the longest, since they’ve been pestering me for about five years already. They’re such a great team, so perfect for each other, and she can give him such a hard time. Then, from my Bookania Quest series (books one and two are my offerings for the giveaway) I have Robin and Eric, who spend eleven years as bitter rivals before they decide they actually might be good for each other, and Madeleine and Samson, who were an arranged marriage (political alliance made back when they were seven and eight), but are so used to the idea they both sorta take it for granted. And then I have a new couple in Worth of a King, (a cowrite with Miss Jack Lewis Baillot) Obsidia and Delaney, and they’re a lot like Madeleine and Samson in that they sorta-kinda grew up with the idea, but there’s a lot of political unrest over the fact that his father killed hers and stole his throne. Complicated issues there, and they are currently one of my few couples that I’m not entirely certain that they get a happily ever after.
Was there ever a couple in your stories that you were not planning on ending up together but finally ended up writing in?
I’m not sure … hmmm … oh, Robin and Eric weren’t originally going to end up together. I mean, both characters existed, but I had other plans for him (him being already engaged and all that …) but then I had a weird plot twist idea that left Eric single, and while I was happy to leave him that way … but then I discovered some backstory that linked Robin and Eric, and decided they were perfect together. And they were, and have been.
Do you find it harder or easier to write romantic love or friendship love in your books?
Having experienced more of the friendship sort, I’m better at that, but I consider my specialty to be sibling relationships, in particular, twins. (Honestly, of all the books I’ve written, so far, there have only been one or two that haven’t had at least one pair of twins at least mentioned.)
Do you have a favorite friend pair in your books?
Can I substitute that with twin set?
In that case, my favorite twins are … oh, dear. (surveys enormous crowd of twins with a few triplets and quadruplets mixed in) Wow. I have a lot of twins …
I think my current favorite set of twins would have to be Riley and Roxanne, AKA, the Plant Master and ROCKS, super hero and super villain arch rivals when their masks are on, but siblings who get along almost perfectly when they’re off. I need to get their book written …
Favorite love story you’ve written?
My favorite demonstration of love that any of my characters have ever done is when Jen chose to risk, and probably loose her life for the imaginary world she had created as a child in The Ankulen. A close second is when a certain other character decides to go with her to keep her safe.
What is your definition of love?
Love is not just an ooshy-gooshy feeling that makes your heart go all a-flutter, though sometimes that’s a side-affect (and sometimes it’s just a side-affect of infatuation). Love is a commitment to put another person’s needs ahead of your own. Yeah, it’s a weird idea, don’t know where it comes from – maybe from reading too many marriage counseling books. (They’re a surprisingly good resource for learning how a guy’s brain works).

3 thoughts on “Kendra Ardnek with Sew It’s a Quest & Do You Take This Quest?”